I chose to use a Game Jam as an opportunity to learn Inform 7 and, on top of that strange decision, mashed two very different things together like a sloppy plastic surgeon. Is the result beautiful, or horrifying? I don't know, but it's certainly not natural...

So yeah, you play as Helios - The 'Shooting Star' - trying to raise The Sun but being attacked by creatures who want The Sun for themselves. It is essentially a puzzle game with three bosses that require some thinking to beat.

With the jam's and general life limitations I haven't been able to make it as user friendly as I'd like, so there are hints inside of most scenes if you read carefully enough. On top of that, I'll toss some general hints below and add to it if people report getting stuck.

I was going to ham up the bullet hell elements more with some randomisation, a health system, etc. but, you know, time. Instead you get a lot of birds and I hope you have a good imagination

Here's some broad tips if you're new-ish to IF:

If in doubt, make your first instinct be to 'look at [something]

At times in Helios, 'talk to [something]' is also a good bet.

If you need to use an object, you must specify a target. For example 'throw [something] at [someone]'

To move in a direction, you can either type 'northeast', 'go northeast', or shorten directions to one or two letters like 'ne' for example.

Boss 1: Talk to the fish for a hint. It will mention something related to using anything not being bolted down as a weapon...

Boss 3: Most things you do will make you look at Friend. You should probably do something that will stop you ever looking at Friend again. Your optician will hate you though...

Haha yeaaaaaah, whole lotta polish and easter eggs I wanted to add into this

Glad you liked it though!

LMAO horses after you get the harpy

I had fun with this one, a help command would be really useful to just list the available actions so there's no need to look in the description.   I'm definitely enjoying the Greek mythology inspired games.  Btw, have you seen the Overly Sarcastic Productions channel on YouTube?  They do myth and history summaries in a really fun way, I feel like you could draw a lot of inspiration from there if you enjoy the topic.

I absolutely agree with putting in a help command. I had some annoying problems starting out with Inform 7 which limited me time wise but now that I've got the basics I'll make text games a lot more human to play

Good shout on Overly Sarcastic Productions too, I'll absolutely check them out!

have you ever used quest? it makes making complex interactive text games very easy.  as well as a lot of cool features you couldn't program in yourself from scratch if you figure out what they are and how to use them. ive seen some pretty complicated text games there.... 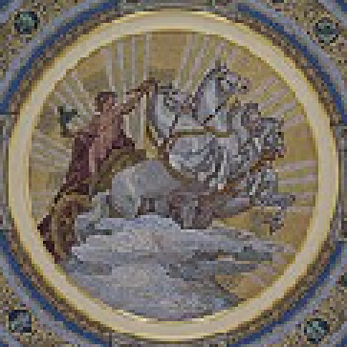